New legislation in Congress would make it easier for marijuana businesses to accept credit cards and use other banking services. 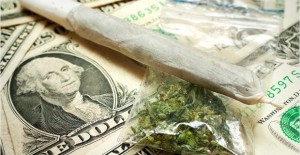 The bill, introduced in the U.S. Senate by three Democratic sponsors and two Republicans, would open new avenues of banking to marijuana providers, who currently must deal mostly in cash. Marijuana remains illegal under federal law, and the federal government oversees the banking industry, so bankers are typically unwilling to risk criminal charges by helping the legal cannabis industry.

This happened despite the fact that the Obama administration issued guidelines last year that were supposed to allow bankers to work with marijuana businesses. That move has largely failed, leaving the industry with no access to credit and other critical financial services.

That means customers are forced to buy cannabis using cash. Most businesses provide ATMs but cannot make direct credit charges. That is beginning to change, however.

In order to accept credit, businesses must run their charges through a so-called “merchant account.” These services process credit cards and act as go-betweens linking entrepreneurs with the banking sector.

But marijuana providers remain without widespread access to credit and banks. This makes the industry unique as one of the few legal businesses that operates only in cash.

Customers, not surprisingly, frequently find this arrangement too restrictive – and even dangerous. Cannabis shops, grow sites, and delivery drivers face substantial risks when they carry large amounts of cash, which they must do to pay bills, taxes, and salaries.

“The introduction of this historic bill is an important first step in gaining support in the Senate and ultimately opening the banking system to all legitimate cannabis businesses,” the National Cannabis Industry Association said in a statement praising the bill. “There is still much that needs to be done to advance this sensible policy.”

Moving in the right direction 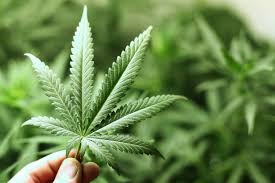 Colorado Gov. John Hickenlooper called the bill a step in the right direction. Though initially opposed to legalization in his state, Hickenlooper was instrumental in the law’s successful roll-out.

“As marijuana is legalized in states across the country, the federal government has a duty to ensure that this experiment can proceed safely,” Hickenlooper said in a statement. “Providing marijuana businesses access to banking will protect the safety and well-being of our residents.”

Robbery is a common worry for legal marijuana businesses. Though stick-ups are uncommon at dispensaries, drivers who carry large amounts of cash risk violence. Cannabis providers must take proactive security measures, such as changing delivery routes.

“The legal marijuana industry is worth nearly $3 billion nationwide,” said Aaron Smith, executive director of the National Cannabis Industry Association. “We shouldn’t be forced to carry that around in duffel bags.”