Voters in Arkansas will have one less path to legalizing medical marijuana use in the November election. 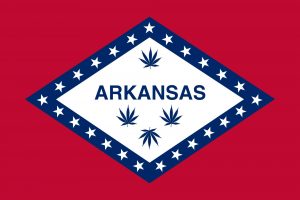 The state Supreme Court in October struck down one of two medicinal cannabis proposals that were slated to appear on the Nov. 8 ballot. The ruling, handed down Oct. 27, means voters will decide one rather than two pot reform questions on Election Day.

Two groups of medical marijuana advocates had sought to put the issue before voters, each with its own proposal. But the state Supreme Court held that the organizers of one of the ballot petitions failed to get enough valid signatures to meet the state’s election requirements.

Voters will decide on medical cannabis on Election Day

Voters will be able to decide whether they want to allow medicinal cannabis in Arkansas. But their only option now would bar patients from growing their own pot plants at home.

The measure the court struck from the ballot would have allowed adult patients to cultivate a small number of plants on private property. That initiative, known as the “Arkansas Medical Cannabis Act” and Issue 7, would have required individual grow licenses, but only for patients living more than 20 miles from the nearest marijuana dispensary.

Both measures made provisions for legal dispensaries, but support for the no-grow initiative was stronger. It’s unclear whether the proposal will pass on Election Day, but a similar attempt failed by a narrow margin in 2012.

Arkansas is a deep red Republican state, an unlikely target for cannabis advocates. About a dozen other Southern states have adopted laws allowing a non-intoxicating form of the drug for limited medical use, but Arkansas’ proposed law would also allow the consumption of THC, the chemical that gets marijuana users high.

The state is one of three voting on medical cannabis this year. The others are Florida, where support is strong, and North Dakota, where the odds of success are longer.

Another five states will decide whether they want to legalize marijuana for any adult use, including both medicine and recreation. They include Arizona, California, Maine, Massachusetts, and Nevada.

California vote will be critical for reform

The vote in California is especially critical to the future of pot reform, as it’s the most populous states in the country. And with most attention drawn toward those votes, medical marijuana initiatives have gone largely ignored.

But success in Arkansas could open the door to greater reform in other conservative states, a result that would in turn accelerate the pace of legalization everywhere in the United States.

Four states already allow legal recreational cannabis use, while more than two dozen others have medical marijuana laws on the books. The federal government still bans the drug for any use, but reformers hope that will change in the next four years.

Let us know what you think: Would a yes vote in Arkansas make any difference in the spread of marijuana legalization in America? Leave a comment below.