An Arizona firefighter was arrested in late June after police stopped his truck and allegedly discovered cannabis in the back. 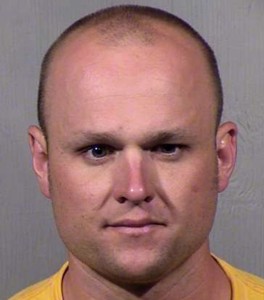 Cary Cole, a firefighter in Phoenix, was charged with marijuana possession and transportation. He was booked in the city jail June 27.

Police had staked out a Phoenix home on suspicion it was connected to marijuana distribution. They allegedly spotted Cole entering the home and loading trash bags into the bed of his truck.

Officers later stopped the vehicle on a traffic violation. Cole smelled of pot, they said, and one officer smelled marijuana from a bag in the back of the truck.

The officer looked in the back of the truck and allegedly found 20 pounds of pot bundled inside a bag. Police then served a search warrant on the home.

Cole was taken back to the house, along with his truck. Agents from the DEA and the Arizona attorney general’s office questioned him there. Evidence in the case was handed to the DEA.

Neighbors of the home said they saw an undercover police car in the neighborhood for hours before the bust. One neighbor described Cole as a “nice boy” and said his arrest was a surprise.

Cole worked for the Phoenix Fire Department as a medic firefighter. Department officials wouldn’t say whether he would be fired.