A Few Alaska Mayors Oppose Legalization, Make a Big Deal About It

A group of mayors has announced its opposition to legal weed in Alaska. 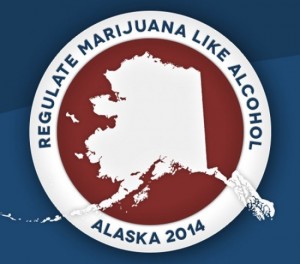 The Alaska Conference of Mayors said Aug. 28 that its members had voted to oppose the ballot initiative that could legalize pot this fall. The group also voted to give $5,000 to a campaign against the initiative.

Just three mayors showed up for a press conference to announce the decision, and less than a quarter of the group’s members actually voted. In other words, the decision hardly speaks for mayors across Alaska.

Still, the mayors behind the vote trumpeted their victory and tried to give the impression every community in Alaska opposes legalization.

“I can’t see where it would change for the better in terms of safety,” said Larry DeVilbiss, mayor of the Mat-Su Borough. “Multiplying impaired people is bad public policy in my mind.”

Mayor Dan O’Hara of the Bristol Bay Borough claimed all of rural Alaska supports the group, though he had no apparent evidence to back that up. In reality, many residents in the rural parts of Alaska are fiercely opposed to government intrusion into any part of their lives, and that includes anti-drug policies.

DeVilbiss said pot growers in his community wouldn’t willingly take part in a legal program when they could just sell the stuff on the black market for a higher profit. It’s an interesting if deeply flawed argument: We shouldn’t make marijuana legal because really, aren’t things fine the way they are?

“The producers up here, they’re reasonably happy with the status quo,” DeVilbiss said.

Well, no, actually, they’re not, and neither are their customers. And that’s exactly why legalization stands such a good chance of success in Alaska. Pot is already decriminalized there, so it’s easy to get and relatively risk-free for users. But sellers still face serious charges if they’re caught, and that impacts everything from variety to price.

Taylor Bickford, a spokesman for the Campaign to Regulate Marijuana Like Alcohol, called the may 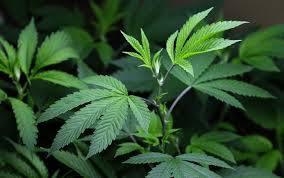 Bickford said the black market won’t disappear overnight, but it will eventually crumble.

“There’s a reason why you don’t have a thriving underground market for alcohol or tobacco in this country,” he said.

The legalization initiative will appear on the ballot Nov. 4. Voters in Oregon are considering a similar proposal, and polls suggest both states are likely to vote yes, though the contest could be tighter in Alaska.