An anti-marijuana group in Massachusetts is offering voters an especially dystopian perspective on legalization.

The state’s voters will decide Nov. 8 whether they want to make cannabis legal for recreation. If this year’s ballot initiative passes, adults 21 and older would be allowed to buy and possess small amounts of pot for any use.

Recent polls show Question 4 is likely to pass, even against strong opposition from many political leaders. But one anti-reform group is getting a bit desperate to ensure it doesn’t happen.

The Campaign for a Safe and Healthy Massachusetts released a television ad Oct. 18 that panders to badly outdated fears about the dangers of marijuana.

The spot shows a harried suburban mom as she takes her daughter to shop at a local toy store in an unidentified city. But when they arrive, they find the store is surrounded by newly opened pot shops. Everywhere the mother turns, she sees another one.

As mother and daughter search for the toy store amid countless neon marijuana leaves, a voiceover proclaims that Question 4 would lead to “thousands” of poorly regulated retail cannabis stores across the state, with “more pot shops than McDonald’s and Starbucks combined.”

Watch the advert below.

That claim is apparently a reference to articles suggesting Colorado has licensed more legal pot shops than McDonald’s, Starbucks, and 7-Eleven stores combined. But that simply wouldn’t be true in the Bay State, reformers say.

That’s because Question 4 would cap the number of recreational marijuana stores at 75 for at least the first year. And advocates say it’s unlikely the industry would reach even that number, given the state’s small area.

But don’t tell that to the mother in the ad. At every turn she sees signs of the social decline sure to follow legalization. As the voiceover claims drugged-driving arrests are up in states with legal cannabis, an ambulance races by, lights flashing and siren blaring. 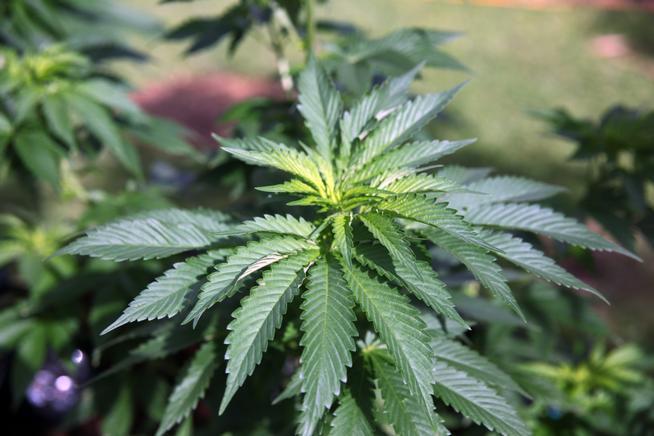 If that weren’t obvious enough, the ad shows the girl drawn toward a tray of THC cookies in a store display. There are no labels (aside from a giant “CANNABIS” sign in the window), suggesting children regularly eat pot cookies without knowing it.

Actually, underage cannabis consumption has dropped in states where the drug is legal. The number of children hospitalized from cannabis sweets rose slightly after legalization, but lawmakers have addressed the problem with stringent new labeling rules.

The ad isn’t done, though. Just as the mother drags her daughter from the window, a young man leaves the shop with a paper bag in his hands. A large bong sticks out the top.

The ad gets almost everything wrong. Massachusetts will never license more than a few hundred pot shops – nothing like the “thousands” suggested by the ad. And the state already has nearly 3,000 liquor stores, a number that will always dwarf the legal cannabis industry.

Tell us: Do ads like this have any effect on voters? Leave a comment and let us know what you think.