You would be forgiven if you slept through most of the marijuana-related news that happened in 2015. It was far from a stellar year for reformers.

But that doesn’t mean it wasn’t important. The year’s biggest defeat provided activists and other cannabis proponents a road map for how not to get legalization past voters in statewide elections.

The cause of reform advanced in other ways, too. The federal government took several steps over the year toward acceptance of legal marijuana, while advocates across the country began preparing for new fights in 2016.

The biggest story of the year came in Ohio, and it wasn’t a good one. A group of business-oriented reformers tried to push through a ballot initiative that would have legalized cannabis throughout the state for both medical and personal use. They failed.

Their proposal was defeated in the November election in large part over concerns its backers had become greedy. The proposal would have granted monopolistic powers to a small group of marijuana growers and retailers, the same people who were funding the ballot campaign.

That conflict of interest didn’t sit well with voters – or, for that matter, with mainstream reform advocates such as NORML and the Marijuana Policy Project. After the initiative failed, observers said its grabby provisions turned voters off.

That doesn’t mean legalization is dead in Ohio, or anywhere for that matter. But it does provide a guide for activists in the future. Legal marijuana is a for-profit business, but nobody likes the appearance of greed, especially voters. 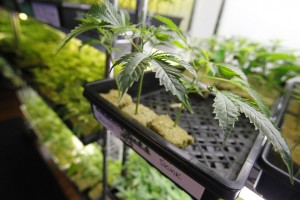 It wasn’t all bad news in 2015, though. Legal pot came on line in Oregon, whose voters legalized the drug in 2014, along with Alaska and the District of Columbia. The latter two places still don’t have access to retail marijuana, though it should be available soon in Alaska.

The greatest movement, ironically, came at the federal level, which has historically been more hostile to reform than the state governments. Cannabis is still prohibited for any use by federal law. But signs of progress were everywhere last year.

Feds instructed not to interfere in states where marijuana is legal

President Obama made at least one remark supporting the advancement of medical marijuana, while simultaneously instructing his administration to back off providers in states where the drug is legal for medicine or recreation.

In the Senate, Vermont Democrat Bernie Sanders introduced comprehensive legislation to remove the drug from schedule 1 of the Controlled Substances Act of 1970. That law ranks marijuana as one of the deadliest, most addictive, and least useful drugs known to man, a position reformers complain is not based on science.

Progress in Mexico and Canada 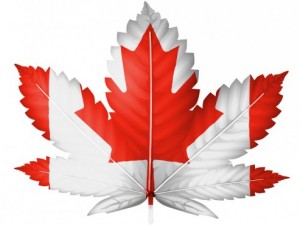 Two of the year’s biggest stories came not from the United States but from its two closest neighbors. The Mexican Supreme Court ruled in November that a small group of citizens may grow cannabis for personal use. The ruling didn’t legalize the drug completely, but it did open the door to that possibility.

In Canada, meanwhile, new Prime Minister Justin Trudeau swept into office with a firm mandate and immediately signaled his intent to legalize marijuana nationwide, for any use, as soon as possible. The importance of this to the United States can’t be exaggerated.

Also in 2015, the DEA, as usual, stepped in it. New head Chuck Rosenberg stuck his foot in his mouth when he called medical marijuana a “joke.” More than 150,000 people immediately petitioned for his resignation, a sign of how strong the reform movement has become.

Finally, 2015 saw public support for legalization reach its highest level yet, 58 percent in a Gallup poll. Soon to cross 60 percent, this figure suggests the future of reform is secured: Legal cannabis is coming, and it’s coming soon.