Arrests for marijuana crimes are on the decline nationwide, but in some places they’re on the rise. Seventeen states continued to arrest more people each year between 2008 and 2012, even as numbers declined elsewhere. 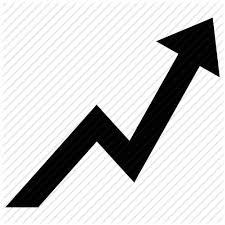 Even so, the rate is dropping, thanks in part to reforms in state-level policies. As of 2014, 18 states had removed criminal penalties for pot possession and 23 had adopted medical marijuana. Two of those, Colorado and Washington, have legalized weed completely.

In some places, though, things are still headed in the wrong direction. The arrest rate in 17 states increased by at least 1 percent each year between 2008 and 2012. Twelve of those states had an increase of more than 2 percent, while eight of those had rates of more than 3 percent per year.

Chicago decriminalized weed in 2012, so the pot arrest rate may have dropped there in the last two years, but some signs suggest otherwise.

The four states whose arrest rates have increased by between 2 and 3 percent are Virginia, New York, New Jersey, and Oregon. Tennessee, Wisconsin, Vermont, Michigan, and West Virginia all saw increases of between 1 and 2 percent.

Some states arrested a larger portion of their population than others. Wyoming, Nebraska, New York, Maryland, and Louisiana arrested more than five percent of weed users. Massachusetts, Vermont, Montana, and Hawaii, meanwhile, arrested less than 1 percent.

New York, Maryland, Massachusetts, Vermont, and Hawaii have all decriminalized possession of marijuana. Maryland did so only recently, which may explain why arrest rates haven’t dropped there. New York, on the other hand, decriminalized in the 1970s; that law is widely ignored by police.

Overall, just 2.8 percent of U.S. cannabis users were arrested in 2010 and 2011. People busted on marijuana possession charges make up a very small portion of America’s prison population, but they account a large percentage of drug-related sentences.

Until the late 1990s, marijuana arrests were relatively rare, and penalties relatively light. It was only with the advent of mandatory minimum sentences, approved by Congress, that the arrest and incarceration rates soared.